Ren (Katherine) Powell is a poet, playwright, translator, theater-maker and teaching artist/mentor. She is a native Californian – now a Norwegian citizen settled on the west coast of Norway.

Ren has been a member of The Norwegian Author’s Union since 2005, and has published six full-length collections of poetry, and more than two dozen books of translations with traditional publishing houses. Her sixth collection The Elephants Have Been Singing All Along was published in 2017.

Her poetry collections have been purchased by the Norwegian Arts Council for national library distribution, and her poems have been translated and published in eight languages in chapbooks and anthologies. 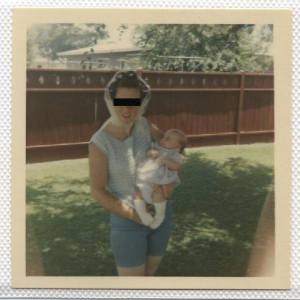 Born in Anaheim, California, Ren grew up turbulent households – most often on the wrong side of the tracks. She moved 42 times and changed her name three times before settling in Norway in 1992.

Along the way, Ren worked as an actress, a belly dancer, a yoga instructor, a massage therapist, a baker, a gallerist, and a day manager at shelter for victims of domestic violence. She also worked through her own experiences of childhood sexual abuse, and the fallout of bipolar disorder with the help of poetry. 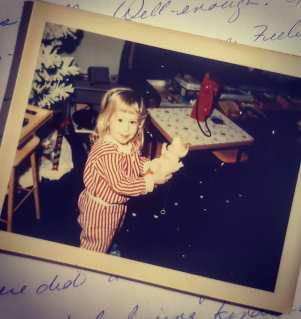 She has a special interest in telling women’s stories. The English poet Paul Farley once described her writing as “strange women, doing strange things.” – She thinks that’s about right.

Blessed and cursed with an overly-curious mind, Ren started university as a theater arts student, but switched to studio arts, then philosophy, then primatology- at 3 different universities in quick succession, all the while working two part-time jobs on the side.

She doesn’t regret a bit of it.

Ren finally received a BA in Theater Arts from Texas A&M University, focusing on playwriting. She completed her MA (Distinction) and PhD in Creative Writing at Lancaster University in England.

Ren has diplomas in Therapeutic Writing, Children’s Literature, Yoga Teaching, Therapeutic Massage and Mindfulness. She has teaching certification from the University of Stavanger, and completed Counselling Studies at Lillehammer College.

With a doctorate in Creative Writing and over twenty years’ experience teaching Creative Writing, Theater Arts, and Drama, Ren currently teaches at Vågen vgs. – an upper secondary school for the visual and performing arts in Sandnes, Norway.

She has special interests in devised theatrical work, and in therapeutic writing, and has developed and run workshops for adults and teens with support of the Arts Council Norway, and other public funding.

Ren is proud to be afflicted with Prescott College’s Master of Arts program, which emphasizes community service as part of their teaching ethos. She has mentored students in creative writing projects through their MA programs.

From 2005 to 2008, Ren served as the Norwegian PEN representative for PEN International’s Women Writers’ Committee. And from 2007 to 2008, she also served as their Human Rights Representative. During the same time period, as the Project Manager for the International Cities of Refuge Network, she helped establish and create the bylaws for a network that provides temporary haven for persecuted writers.

She was the founding editor of the related, but independent, online literary journals Babel Fruit: Writing Under the Influence, and ProtestPoems.org, which involved poem-writing campaigns on behalf of persecuted writers on PEN International’s case list. 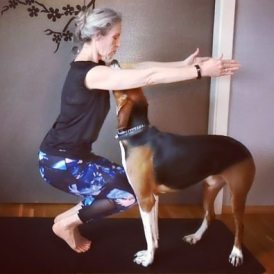 Ren is a member of the Norwegian Authors Union (DnF), and the Drama- and Theater Instructors Organisation (DTP).

She is currently an associate editor and feature writer for Poemeleon.

Ren is a runner, and a practitioner of meditation and (clowning) yoga, and is currently studying nutrition counselling.